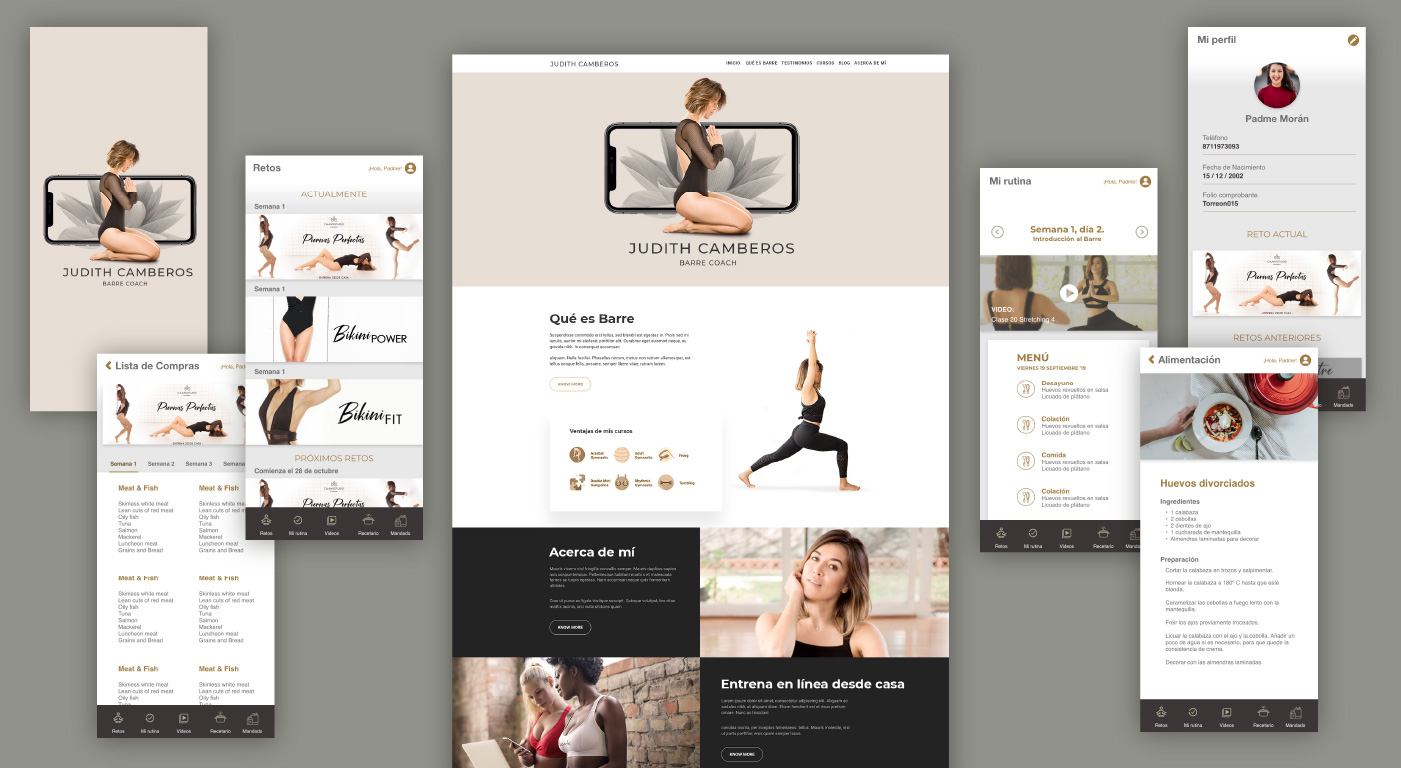 This application was meant to serve as a a Barre fitness portal and SAAS. Barre is a mix of Yoga, Ballet and Pilates. the service consist on Scheduled Exercise plans, each one with an alimentary regimen.

The first request from the client was to use a sober color palette of only black and white. Second request was to adapt the landing page to an existing template, as a decisión from the development team.

Despite every client at first dreams about a lot of functionalities, we parted from a version that would work as a web app for starters.

The flow was proposed and tested to allow the user to switch from a landing page to a web app looking site. functionalities were restricted as this point but we’ll talk of this later.

An storytelling copywriying was implemented on the landing page to attract first time users. Once the suscription is active they would go to the Virtual Barre Studio.

For now we take the video player and the cooking book.

As for the cover of the barre studio I took Privalia as well as other ecommerce applications as a main inspiration. It gave a perfect flow to display the various barre courses that are for sale without leaving the studio experience. It served as a foundation to the future mobile app. Banners were provided by an external design agency.

Here I overcame the challenge of reusing the given HTML structure and populating it with the previous content, approaching the task using a storytelling flow. Custom graphics were created with client’s pictures. HTML sections were rearranged and I adapted the CSS.

Now, for the navigation, based on a guerrilla user testing the functions were card sorted by the designer. Further Usear Research was of budget. Fortunately, suitable users for a guerrilla testing were easy to find among.

The “Today’s Dashboard” is my favorite personal contribution to this project. It has an overwiew of today’s menu and todays barre routine on a single screen. This is because all the plans to be purchased have a strict calendar of meals and excercise per day.