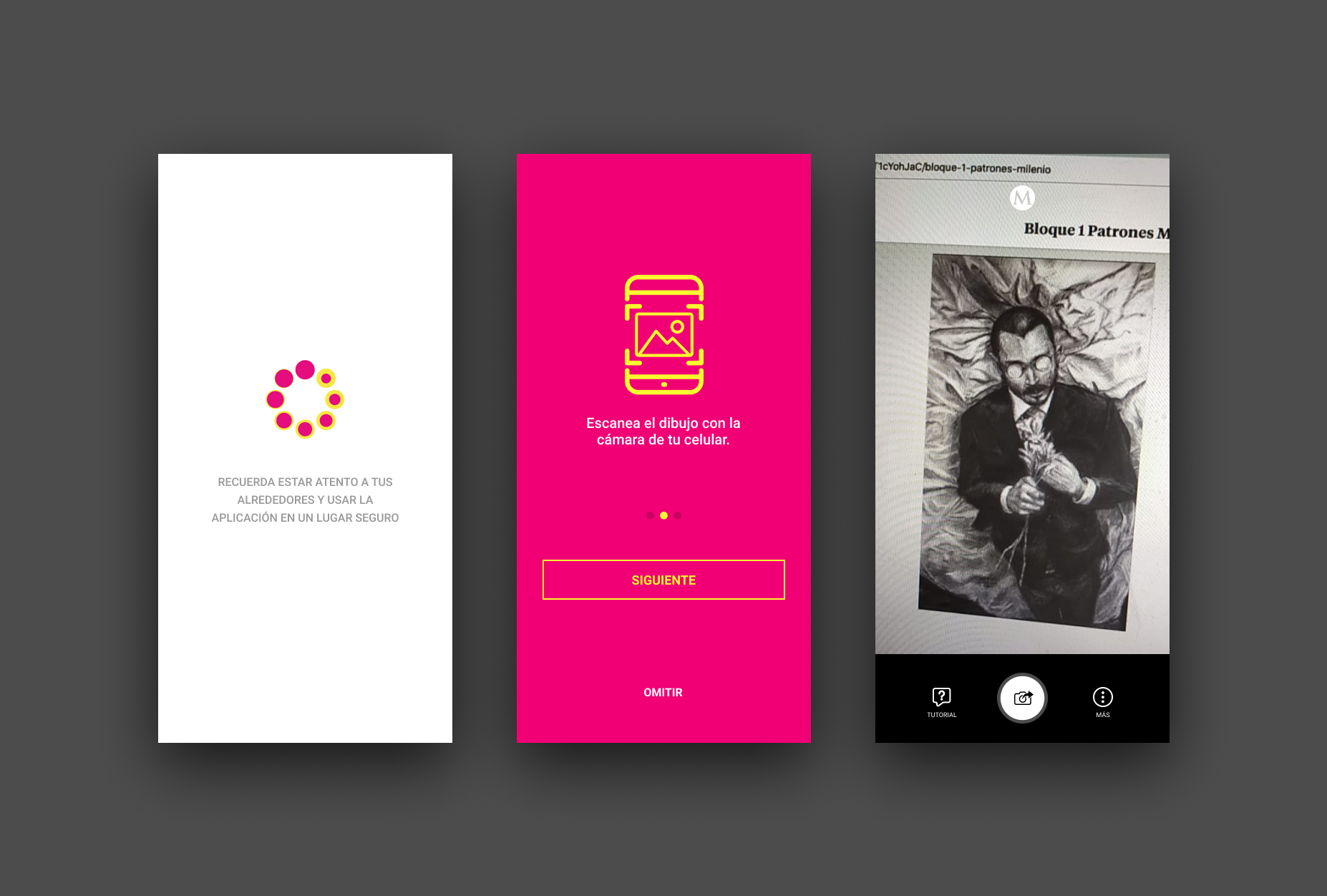 The basis of this application is quite simple but full of tecnical challenges for the development team. Gropo Milenio released on 2019 an art collection in wich each artist had a deadline to create a piece. of artwork. Each one was inspired on a popular song.

The proposal of the team was to animate the arwork in order to present movent using augmented reality and at the same time was able to reproduce the song itself.

I was the project manager. I leaded a team of 2 animators and 5 developers to generate my own product design. With their valuable help and client’s feednback I took decisions on the what’s and how’s of tech specs.

I also coached my Unity developer, who was a junior dev at the time, and we stood side by side. Of course I also designed the user interfaceand made sure it was implemented correctly.

Besides all of this we coordinate efforts with Milenio Staff to align deadlines, ask for material and recieve it in time and form, as well as having feedback sessions with high position stakeholders. It was a clockwork chain of production depending on the artist to deliver their artwork, Milenios team to get the rights of the audio and our company to sucesfully produce the animations, complile and publish actualizations to the stores right on time for a weekly presentation on media.

All of the AR the apps that were developed on this period by my company at the time had a particular feature: To get a screenshot and launch it to social media.

My favorite invention on those User interfaces was to have taken a common design pattern: The regular cam UI. From that I designed this app’s and other AR viewers in wich by a big round button it emulated the function of taking a picture. An icon on the center indicated that at the same time it had a double function, to capture a screenshot and export to given external application. This was important because at the time devs weren’t able to store the capture on the native device gallery.